Ten Falconry Facts You May Not Know 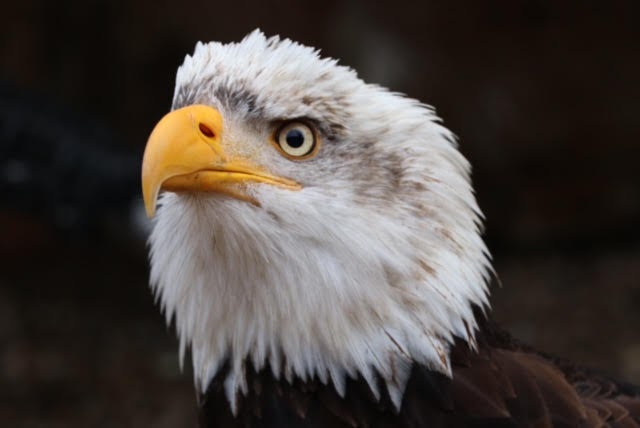 Fascinated by falconry? There are so many different things to learn about falconry including its history and the types of Birds of Prey.

As experts in falconry, we have put together ten falconry facts you may not know. Keep reading to learn more! 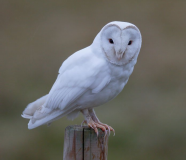 1. Male Falcons are called Tiercels. The females are referred to simply as falcons.

2. An Owl’s eyes are cylindrical, like binoculars, and they cannot move them up or down. This is why they have such an extensive range of movement in their neck.

3. Blackiston’s Fish Owl is the largest Owl in the world. Followed a close second by the European (Eurasian) Eagle Owl.

4. A bird’s beak never stops growing and will have to be filed back, this is called coping. In the wild many birds cope their beaks naturally as they break into bones and work to get the meat off of bones. Other wild birds grow unnaturally long beaks which hinder their ability to survive.

5. Harris Hawks hunt in packs and are sometimes referred to as the “wolves of the sky”. As a result of their ability to work with others and the overall intelligence of the species, this makes them a great bird of prey to work within falconry. 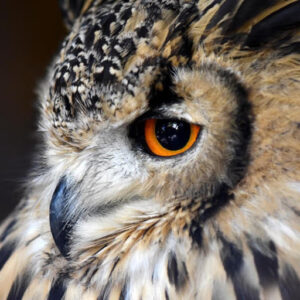 6. An Owls eye colour tells you what time of day the Owl likes to hunt. This can vary from dark brown or black for nocturnal. Yellow for diurnal and orange for crepuscular, meaning they hunt during dusk and dawn.

7. Records have indicated that raptors were being used by humans to hunt back in ancient China. Records also refer to falcons being given as royal gifts in the Heian dynasty in China, dating all the way back to 2205 BC.

8. A Bald Eagle has around 7,200 feathers covering its body. And, on average, the male of the species can weigh up to 25% less than its female counterpart.

9. You can also find examples of melanism and albinism in Birds of Prey. There are also leucistic birds of prey.

10. In medieval times the bird of prey you kept indicated your status in society. The main varieties used before 1307 were the gyrfalcon, peregrine, lanner, goshawk, and sparrow-hawk; the saker, hobby, and merlin were used far less frequently for sport.

We hope you enjoyed these falconry facts and learned something new!

Have a look at our falconry experiences to learn more or get in touch if you have any questions.