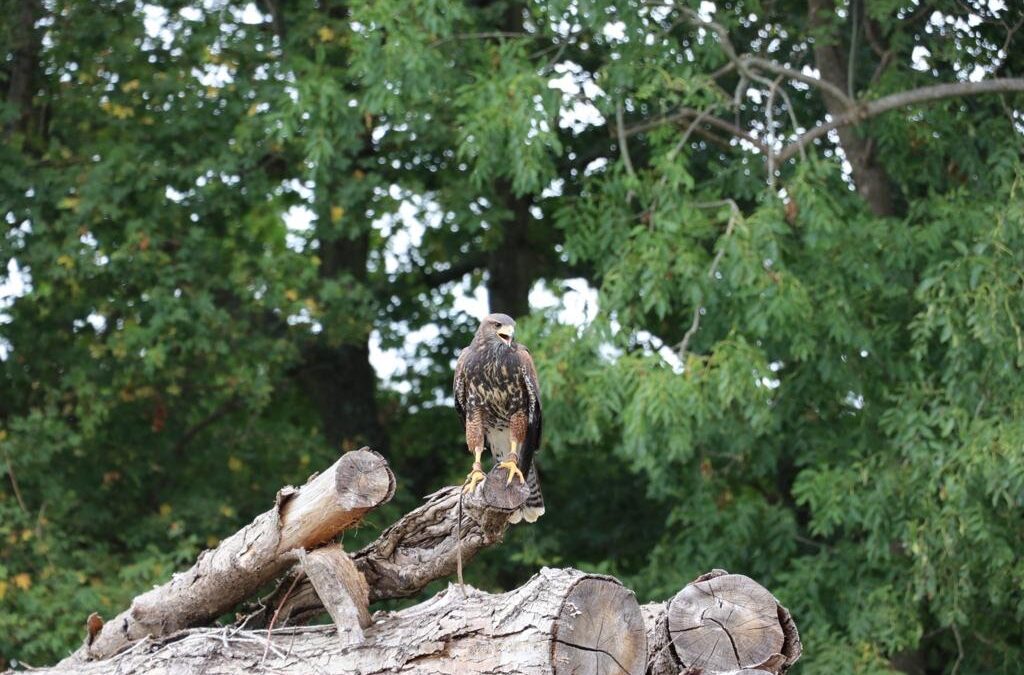 Birds of prey are some of the most spectacular and fascinating birds out there. So, it’s not surprising that they have some pretty cool facts about them!

Here are our picks of the most interesting facts about birds of prey. We hope you learn something new…

2. It’s not uncommon for the bald eagle and white-tailed sea eagle to interbreed within their species.

3. Broad-winged Gyrfalcons are the largest type of falcon in the world.

4. Gyrfalcons reuse nesting sites and some nests have been found to be aged over 2500 years old, with feathers in the nests around 600 years old!

5. Goshawks start off with bright yellow eyes which gradually turn red as they get older.

6. Golden Eagles have been known to attack large prey such as deer and bear cubs.

7. The females of most birds of prey species tend to be at least 1/3 larger than their male counterparts.

9. In the wild, black barn owls would be considered the runt of the pack and more often than not, left to die or even killed by their parents.

10. Some nocturnal owls can hear the heartbeat of their prey from over 20 meters away due to the offset layout of their ears and their facial disk working in unison to pinpoint exactly where the noise is coming from.

Birds of Prey Experiences at The Hawking Centre

If you’ve enjoyed learning about the birds of prey, why not visit us at the Hawking Centre for a memorable falconry experience?

We have a range of falconry experiences to choose from including our 1 Hour, Half Day and Full Day experiences. Book your visit now or get in touch with us if you have any queries!

We are working in line with all government guidance in place at the time of your falconry experience. Our position on Covid-19 is constantly under review to ensure that you have the safest and most enjoyable experience possible.  Our equipment is sanitised before and...