What’s the Difference Between a Hawk and a Falcon? 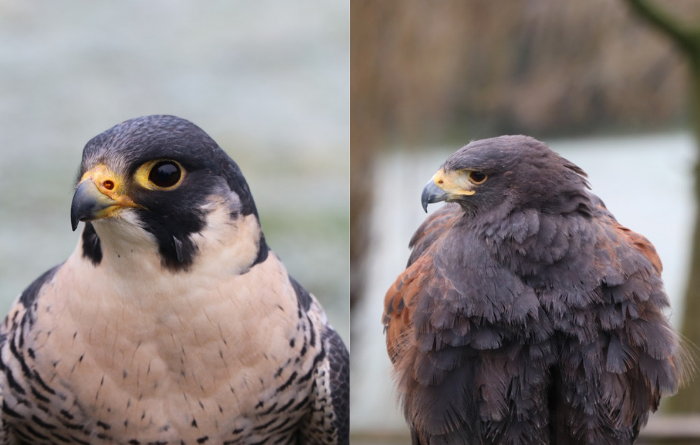 However, there are some key things to look out for that will help to tell them apart. Keep reading to find out more! 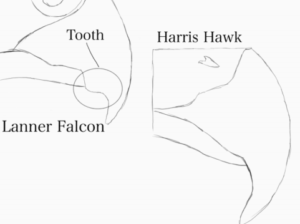 Secondly, falcons have a notch on their beak known as a tooth whilst hawks have a simple curve of the beak.

Typically, falcons hunt other birds and even bats, whereas, Hawks hunt rabbits, rats and small mammals such as voles and mice. When a falcon catches its prey in flight, this is referred to as “on the wing”.

Falcons are very fast in flight especially the peregrine falcon whereas hawks are much slower in flight and would basically just glide on a descent.

A peregrine falcon, for instance, can reach speeds of 200 mph whereas the red-tailed hawk dives at a speed of at least 120 miles per hour.

Falcons are smaller birds than hawks which are generally large but with shorter wings compared to falcons. Hence why it is common to hear of a falcon referred to as a ‘long wing’.

As with other birds of prey, falcons and hawks also show sexual dimorphism. This is when two sexes of the same species exhibit other characteristics beyond the differences in their sexual organs.

At The Hawking Centre, we have a stunning range of Birds of Prey including Hawks and Falcons. If you’re like to meet them and experience flying them for yourself, book one of our incredible falconry experiences.