How To Identify UK Birds of Prey in Flight 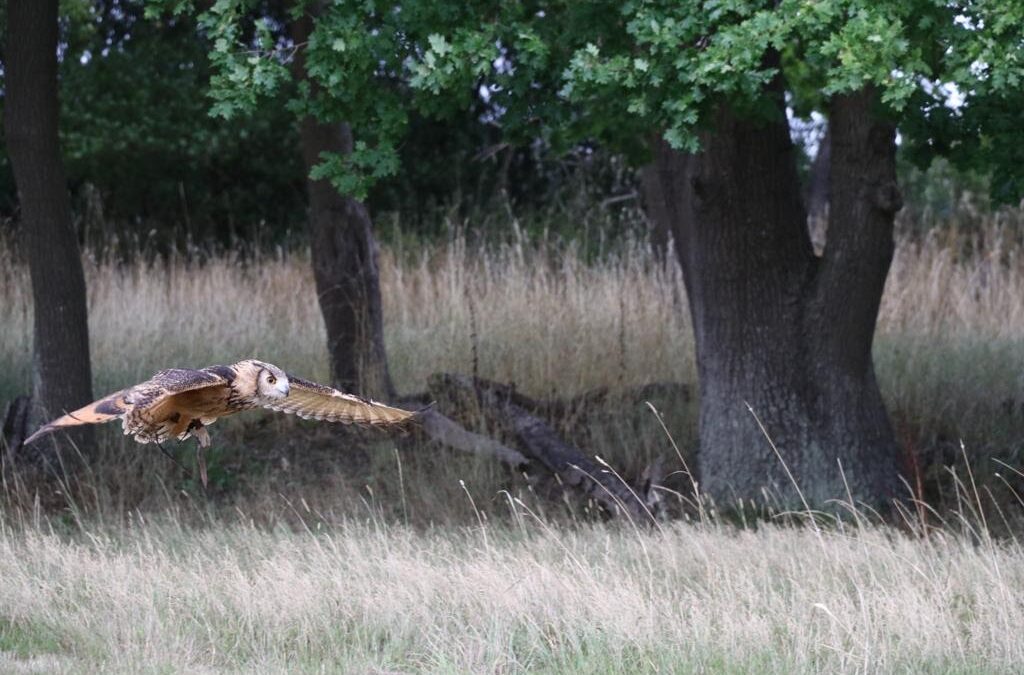 Birds of prey are known for their graceful flight patterns and distinctive methods of hunting. So, we’ve put together a few ways to identify our native birds of prey in flight. 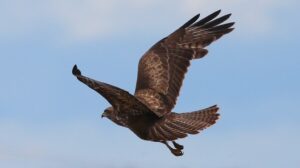 Buzzards are very common, despite having come back from almost the brink of extinction, and easy to spot.

They can typically be found on the soar and resting in the thermals high in the sky.

You will find their wings stretched out completely, almost resembling an eagle. At the tips of their wings, the primary feathers stick out almost like individual fingers!

Kestrels tend to hover along the tree line in search of their prey. They’re a small bird of prey weighing only around 5-6oz.

In flight, they can hover in one spot for extended lengths of time making minute and very, very quick adjustments to move around.

Notably, you can spot a falcon by their long and pointed wings, hence the name long wing being used to reference a falcon. 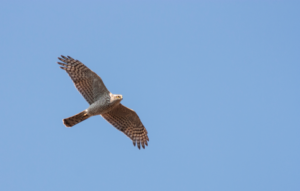 Often mistaken for Kestrels whilst in flight due to their similar flying styles.

However, Sparrowhawks look almost clumsy compared to a kestrel whilst hovering.

Sparrowhawks are what is known as a ‘true’ hawk and so their wings are not as pointed and long as that of a kestrel.

Owls are known for their almost silent flight and so you’d be lucky to spot one, seeing as most of our native owl species are nocturnal. However, if you do…

You’re much more likely to hear a tawny owl than be lucky enough to see one due to their distinctive call. In flight, tawny owls give quick wing beats and can be very fast if the need calls.

They do well in the wild as a result of their colouring and ability to blend seamlessly into their surroundings as well as their sometimes aggressive and territorial nature. 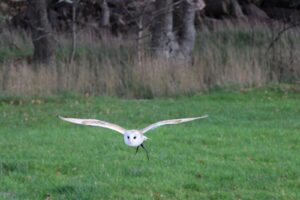 Barn owls make a haunting hissing sound, and so, have coined the nickname ‘Screech Owl’.

Barn Owls have a much more graceful style of flight compared to that of a tawny owl, with long and slow wings beats.

The tiny serrations and layering of their feathers are what allows them to fly silently.

Birds of Prey Experiences at The Hawking Centre

If you’ve enjoyed learning about birds of prey, why not visit us at the Hawking Centre for a memorable falconry experience?

We have a range of falconry experiences to choose from including our 1 Hour, Half Day and Full Day experiences. Book your visit now or get in touch with us if you have any queries!